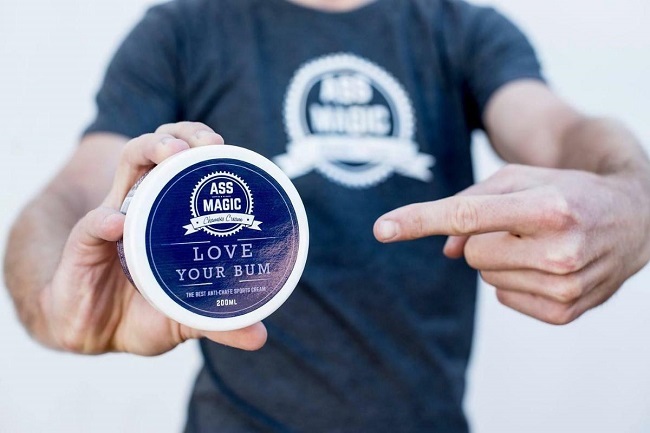 Cycling and chafing. No matter how expensive that chamois sewed into your imported European riding gear is, the risk of chafing remains real.

Experienced road, gravel and mountain bikers know the agony of chafe and saddle sores. All the training in the world, and the best saddle, can’t prevent excruciating pressure sores from happening. But Ass Magic can.

Anti-chafe cream is one of those strange encounters for novice riders. But if you are going on a five-hour training ride or attending a multi-day mountain bike stage race, you must apply some chamois cream. It works in the most severe riding conditions

A homebrewed product developed in Cape Town, Ass Magic has gained a dedicated following among the South African cycling community - since its 2014 debut.

Cape Epic riders. Munga masochists. Riders have tested Ass Magic at both events, and if they are comfortable with it, most weekend warriors should never be troubled with chafe when using the cream. You can ride a R200 000 wonder bike, with R3000 bib shorts, but once chafe starts your ride is ruined. Ass Magic helps to prevent that outcome. (Photo: Ass Magic)
Ride24

Taking the Magic into Europe

With the world’s most influential cycling trade show scheduled to open on Thursday in Frankfurt, Ass Magic has confirmed its presence at Eurobike and detailed an international expansion plan.

Ass Magic founder, Chris Wolhurter, is excited about the possibilities. "We have largely traded in South Africa with forays into Europe, South America and the USA. We have been getting more requests for our chamois cream from aboard. Mark Cuperus from Fearless BV will act as our agent in Europe."